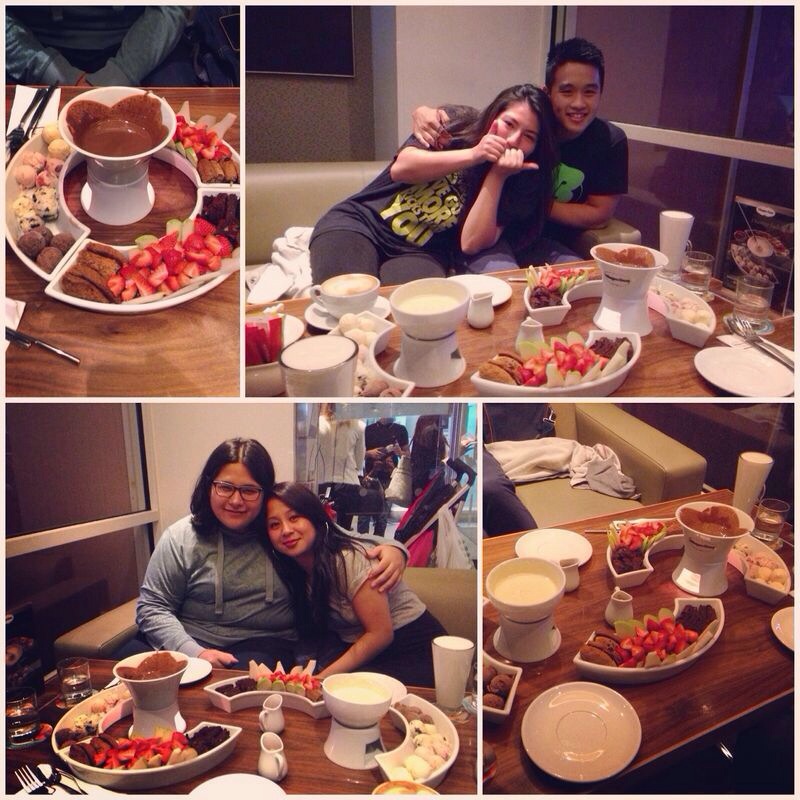 Ok if you have been following, you will know that I have split my birthday post into 3 post as it lasted for 3 days! 😀

Friday, the first part of this day consisted of playing Yu-Gi-Oh, against Alan, with the cards we brought! And winning with my light-sworn deck! ^^
Sorting out my cute dwarf Hamster, Yuna (Yes, I like final Fantasy) and my cat, Linx, and making lion dance shoes. (if you do not know what lion dance is, look it up, it’s pretty coolio)

Oh and a super yummy breakfast made by Alan! He said it was a birthday breakfast, it was pancakes, with veggie bacon and maple syrup! Yummy!

It was probably about 5 when we left, and we went straight to the bubble tea store called, Block by China town! Its pretty much become one of my favorite bubbly tea stores, grabbed a cold Taiwanese bubble tea and walked around.
Then we headed into Cass Art Store which is just behind Leicester Square! And I sort of brought myself a present, I got 50 Faber-Castell colour pens for only £12.95! (Ok, I know I sound like one of those sales people, but for these pens that’s a bargain!) So I recommend arty people to go there, cause they got a ton of other discounts! 😀

Anyways after that we went to get some super yummy fat chips from Fish & Chips Co. in Leicester Square. And Alan still would not tell me what we were doing that evening… He’s pretty hard to crack >.<

As we still had time we watched a bboy performance, gave them some money, and then headed to Häagen-Dazs to wait for someone (I did not know who) Then May and Server popped up! Surprise! A super good surprise! So the four of us went into Häagen-Dazs to get some super yummy ice-cream!!! 😀 I also saw Joyce who came to say hi! ❤

There was a great atmosphere in the ice-cream house , and I loved spending the night with my amazing friends! ❤ After we were stuffed to the brim, we went for a walk around central and headed to the station 😀

We all reached home at roughly the same time.

Then it was Yu-Gui-Oh Time, and by the end of this amazing night I had beaten Alan 5-2

Third and Final part will be out tomorrow ❤

I love writing songs in relation to things I see, how I feel, characters I watch or people I know. It is these that give me the inspiration to write and the subjects in which I write about. So I have these people and things to thank. I hope you enjoy my work. Much <3 View All Posts